Precamp 2016 from Camp Deerhorn on Vimeo.

Are you looking for summer job where you can make a meaningful difference? Do you enjoy being part of a team and working toward a common goal?
Are you searching for a summer job that will build your resume with skills employers are looking for, like creativity, leadership, communication, and problem solving?
Do you enjoy being outside and working with children?
Spend the summer at Camp Deerhorn, one of the premier summer camps in the nation, surrounded by incredible friends who quickly become family.
Camp Deerhorn, where you can

“I honestly refer to camp almost every day, both at work and in my personal life. It’s crazy what I’ve learned from my years at Deerhorn and I know I would not be where I am today if it weren’t for camp.” 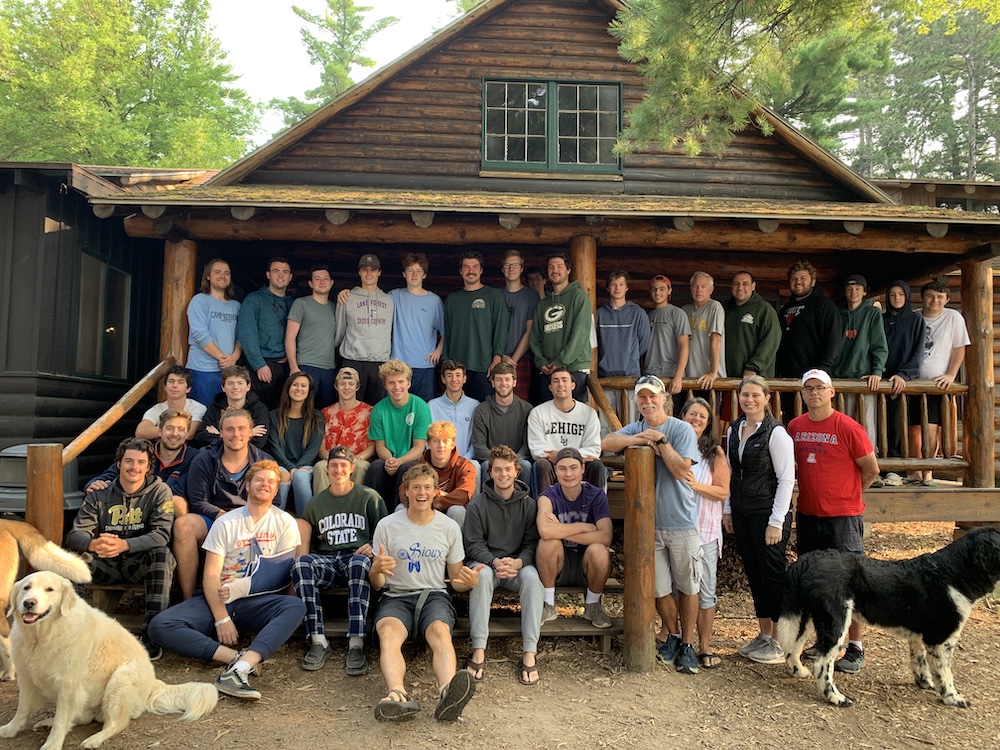 At Deerhorn, there is approximately one counselor or administrator for every four campers; many of these people are teachers or coaches, and the rest are in college. The combination of solid dependability and enthusiasm is unbeatable. 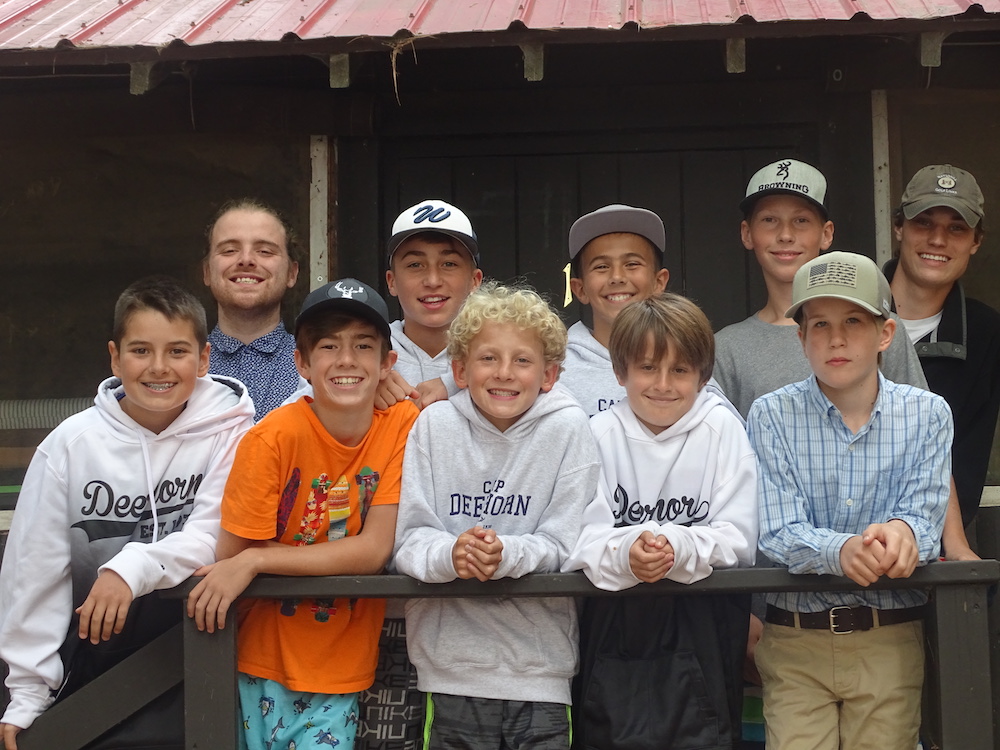 Deerhorn counselors are carefully screened from a large number of applicants and, in every instance, a man or woman is chosen first because of possessing high character, judgement, moral values, and leadership capabilities. The ability to instruct any given activity is important, of course, but is secondary to the aforementioned attributes. 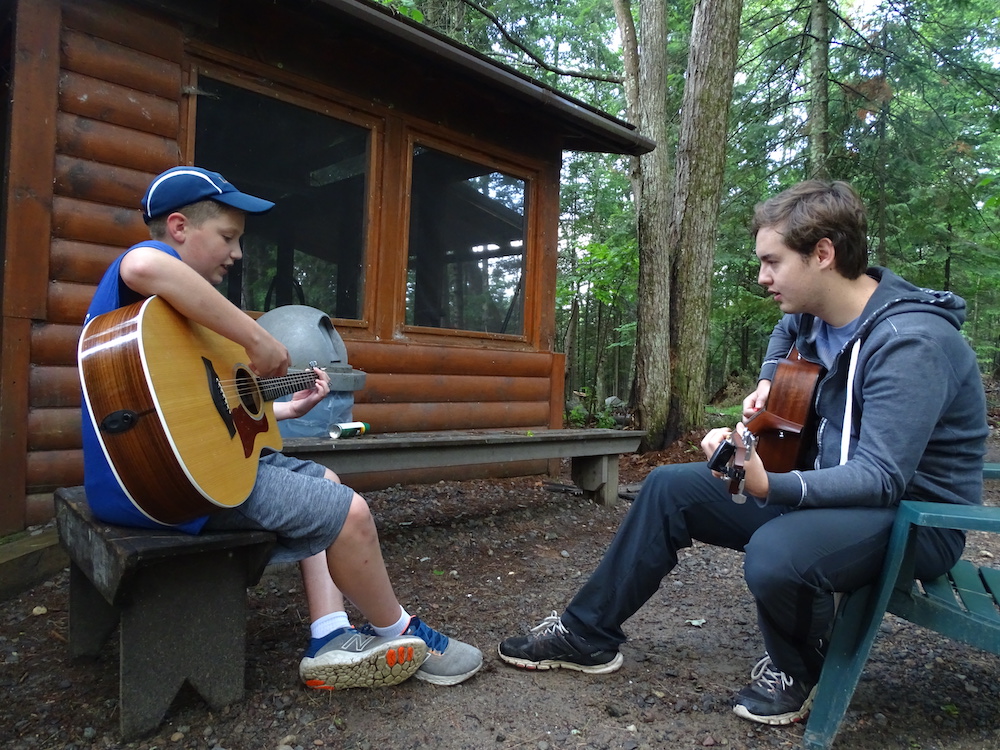 Most Deerhorn staff members are former Deerhorn campers. It is rewarding for us to watch young campers grow into responsible, caring, and fun-loving counselors. 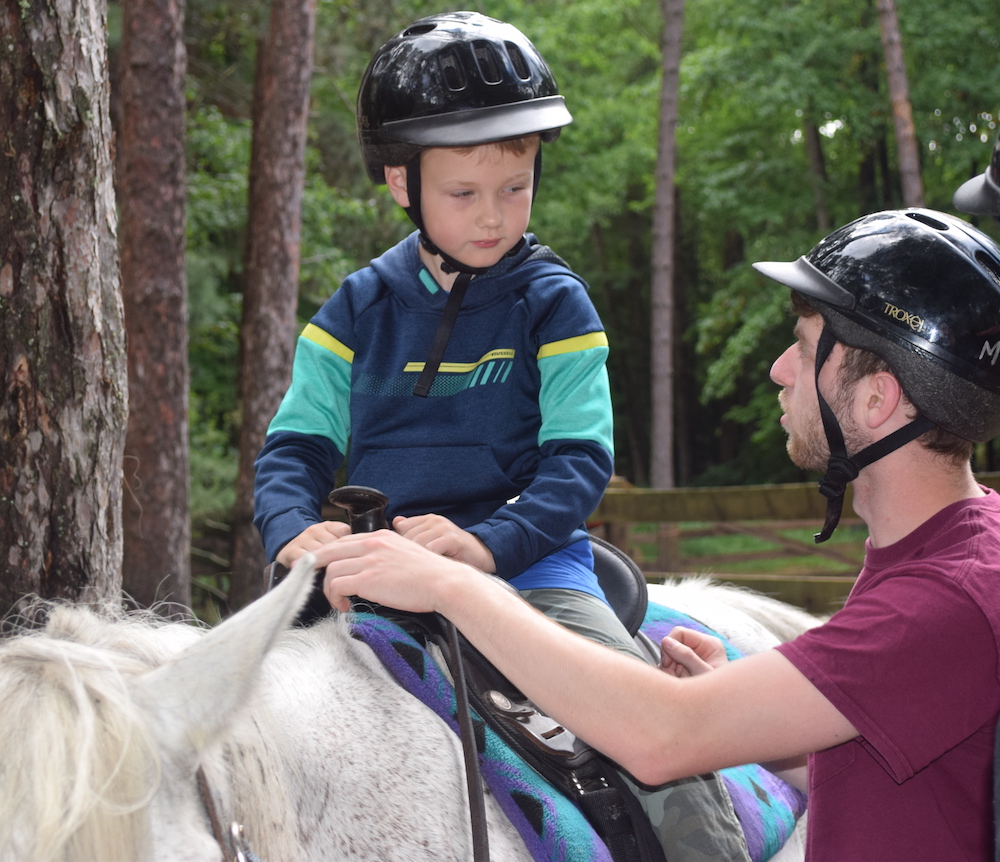 Our staff represent a wide cross section of America and have also come from Great Britain and Mexico in recent summers. We have among us graduates and undergraduates of such colleges and universities as Arizona, Boston College, Colgate, Colorado, Colby, DePauw, Duke, Georgetown, Kansas, Marquette, Miami, Michigan, Michigan State, Northwestern, Vermont, Fairfield University, and Williams. 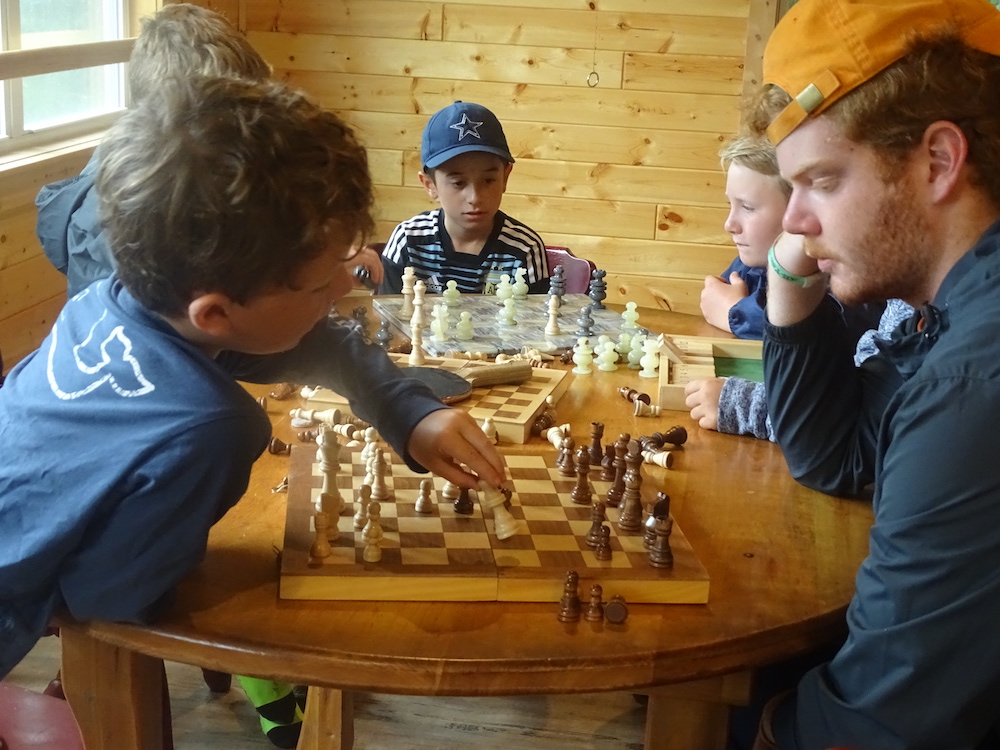 Space limitations prevent introducing all staff members but below is a sampling of a typical Deerhorn staff:

Dick Kinney, Denver, Colorado – Coach Kinney has had nothing short of a legendary career at Camp Deerhorn.  2013 was his 32nd  year on staff.  In his early years, Dick was the baseball instructor and, eventually, our head counselor.  He instructed virtually every activity at camp but has been the head of our water skiing department for many years now.  He has taught hundreds of boys to ski,  but, more importantly, has been a mentor, role model, and great friend to all of us.  Dick is in his 28th year of teaching at Graland Country Day School, in Denver, Colorado. He teaches physical education and coaches middle school soccer, basketball, and baseball. Luke Funk, New York City, NY – Luke was a camper at Deerhorn from 2001 to 2006. He then returned in 2011 as a counselor. In 2013, he became the head of the waterfront. Luke has loved calling camp his second home for over 15 years. While at camp, he loves meeting new people, spending quality time with friends, and yes, even on occasion, making a trip to the Rave. Luke is also a certified Lifeguard and CPR course instructor. Luke has his bachelor’s degree in English Literature from Georgetown University and spent two years on the faculty at The Latin School of Chicago. He currently resides in New York City, where he is pursuing a career in the performing arts while attending The Institute for American Musical.

Mark Brooks, Berwyn, IL-Mark Brooks, or Brooksy, as he is known around camp, has attended Deerhorn since 1996 as a camper, an AC, and now a counselor in the Sailing Department. He graduated from Boston University in 2008 with a degree in Secondary English Education, and he teaches middle school Literature and Language Arts in Chicago. Brooksy returns to camp because he loves sailing, the outdoors, and all of the wonderful people at camp.

Mark Deacon, Bloomfield Hills, MI -Mark was a camper at Deerhorn from 2005 to 2011. Since then, he has spent time as a counselor in Horseback Riding, Water-Skiing, and Sports & Games. Mark loves being able to connect with campers of all ages and backgrounds, and pass on to them the lessons and values taught to him when he first came to Deerhorn. He considers Deerhorn his home away from home, and credits some of his strongest friendships to CDH. He will graduate from Michigan State University with a degree in Marketing in 2017.

Brian McFadden, Modesto, California – Brian first joined the staff back in his college days at Vanderbilt and started doing shorter-term stints while pursuing an MBA at the University of Michigan.  He’s found a way to visit or work at Deerhorn ever since.  Brian’s varied background includes lots of time in the world of tennis–as a competitive player, instructor and businessman–which makes it easy to guess which activity he teaches at camp.  In the “off season”, he operates as a marketing consultant and a professional voiceover artist.  He’s been referred to as the “glue” that binds all the recent generations of Deerhorn together with friendship.

Carl Anderson, Wilmette, IL –Carl first came to Deerhorn in 2004 and was subsequently a camper for 8 summers. He joined the staff in 2012 and is known for keeping a busy activity schedule, even as a counselor. His horseback riding and ranch work background have influenced his role at camp, where he worked primarily as the wrangler at the horse stables for several years before joining our health care team! Carl also enjoys participating in Deerhorn’s musical tradition as a guitarist and often performs at campfires. He cites amazing memories, outdoor fun, and camp’s profound role in his own development as reasons for returning each summer. 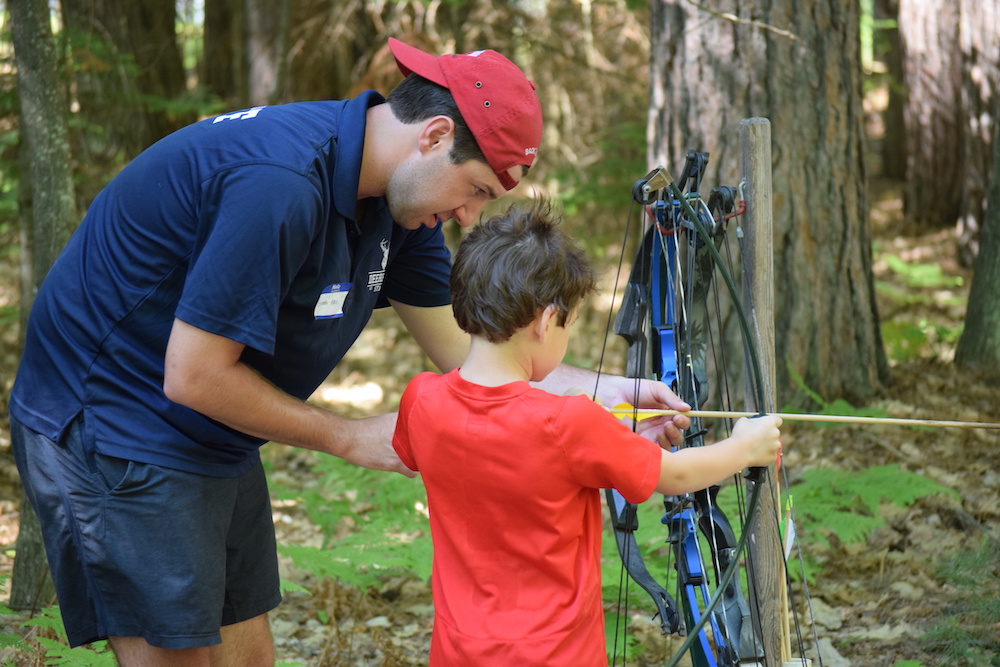 Look who’s already on board for the summer of 2022! 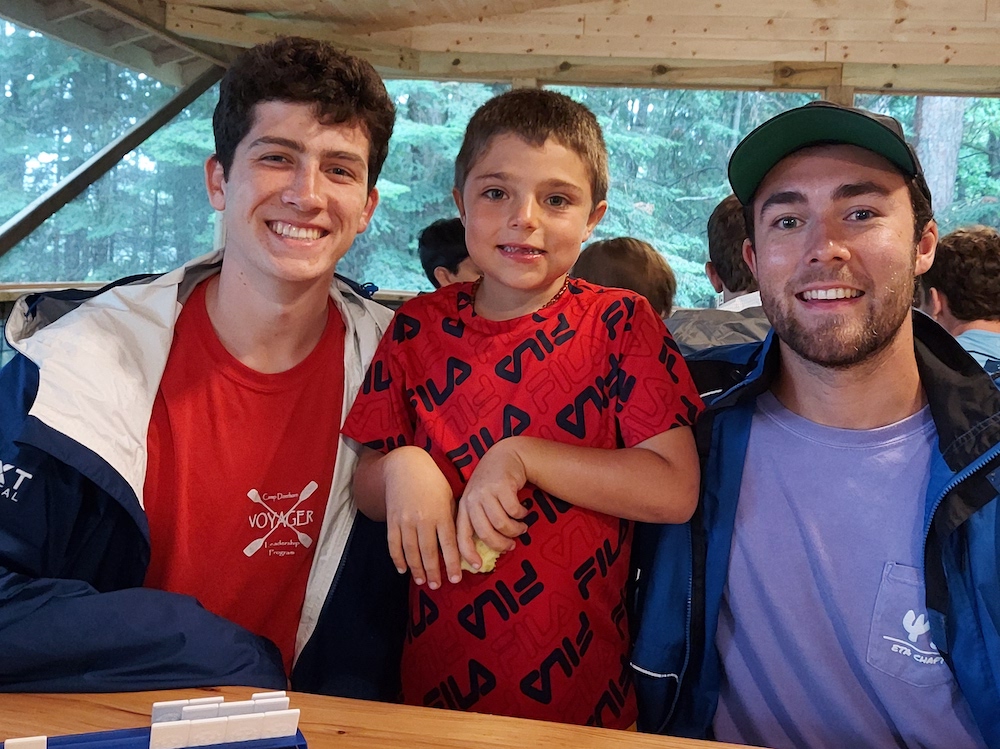