A Look Back at Leaders-George

A Look Back at Leaders-George

Our final look back at Leaders focuses on George Landsberg, leader of the 2018 Chippewa. Many thanks to his parents for sharing their thoughts on George’s years at Deerhorn! 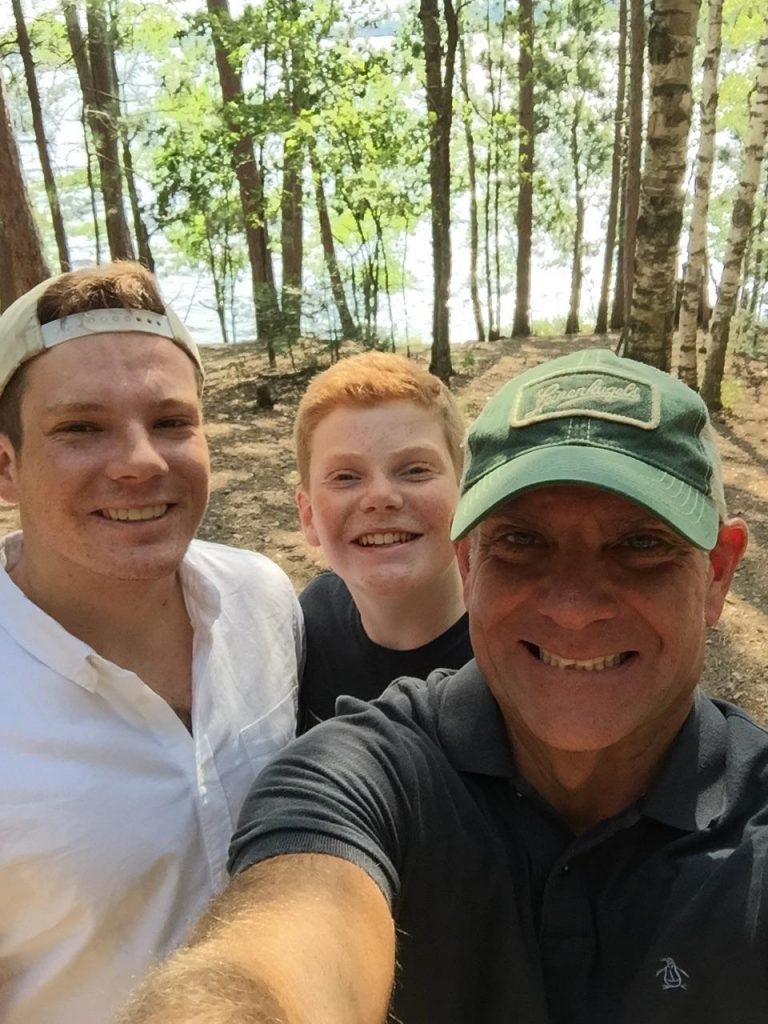 George’s letters home from Camp Deerhorn are infrequent and sparse, to say the least. That’s how we know Camp Deerhorn is having the desired effect. 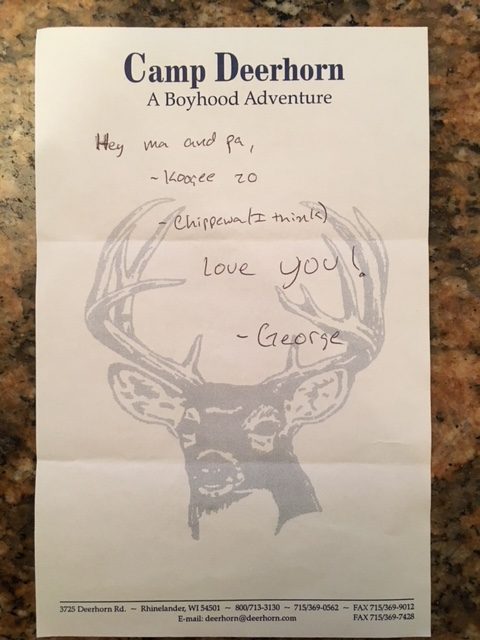 George’s first experience of Deerhorn was Family Camp many years ago when he must have been seven. We slept in a koogee, played Sprout ball, sang at campfires, rode horses, startled a bear, learned rafter ball on a rainy day, ate pizza bagels and saw first hand the Deerhorn magic take hold. After just three days, George hero-worshiped a counselor named “Suds” and was broken-hearted to leave. 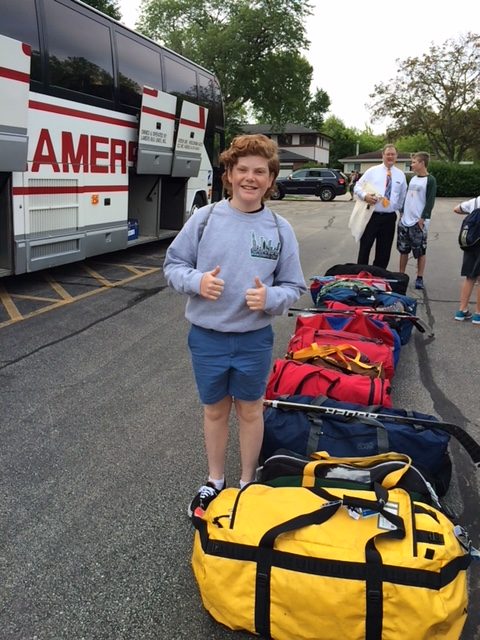 He signed himself up for Spike Buck as an eight year old. He filled out the online form himself (“Mom, where’s your credit card?”). From that summer and every summer since, George has attended at least four weeks of camp and last summer went on the 15-year old Voyager kayak trip. He has formed friendship bonds for life. As proof: all of the Voyagers from last summer turned up in solidarity for Derek Harms’ (a beloved counselor) funeral this winter. All of the Voyagers in their camp T-shirts, some having flown in from across the country. 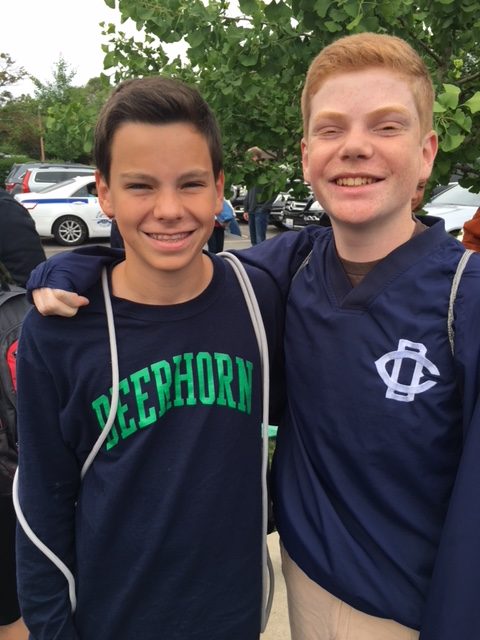 At camp the boys are required to write a Sunday letter home. We don’t get juicy details or homesick expressions. We know George is having a blast from the photos on-line (thank you Amy, for the priceless glimpses of camp life). We also know that when we pick him up at the camp bus, his grin is wider, his freckles deeper, and we linger so that he can hug every last counselor and camper goodbye. Our city kid returns to us grounded in the Deerhorn Creed, full of stories and memories, free of spirit from weeks in the Northwoods and with an expanded heart filled with friendships somehow deeper and richer than those at home.

He is super proud to lead the Chippewa this summer and can’t wait to get back to Camp Deerhorn. 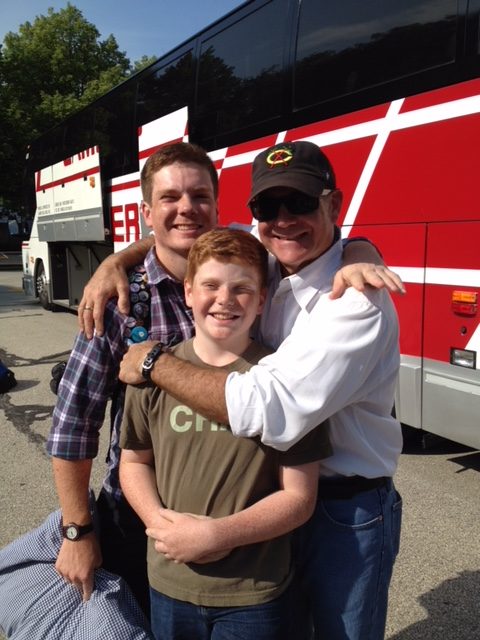