The buses arrived safely at 3:45pm, and it was off to the races! We had 22 kids stay over from last session, and another 15 who arrived by car today. The rest came up on three charter buses from Chicago and then camp was really bustling again! 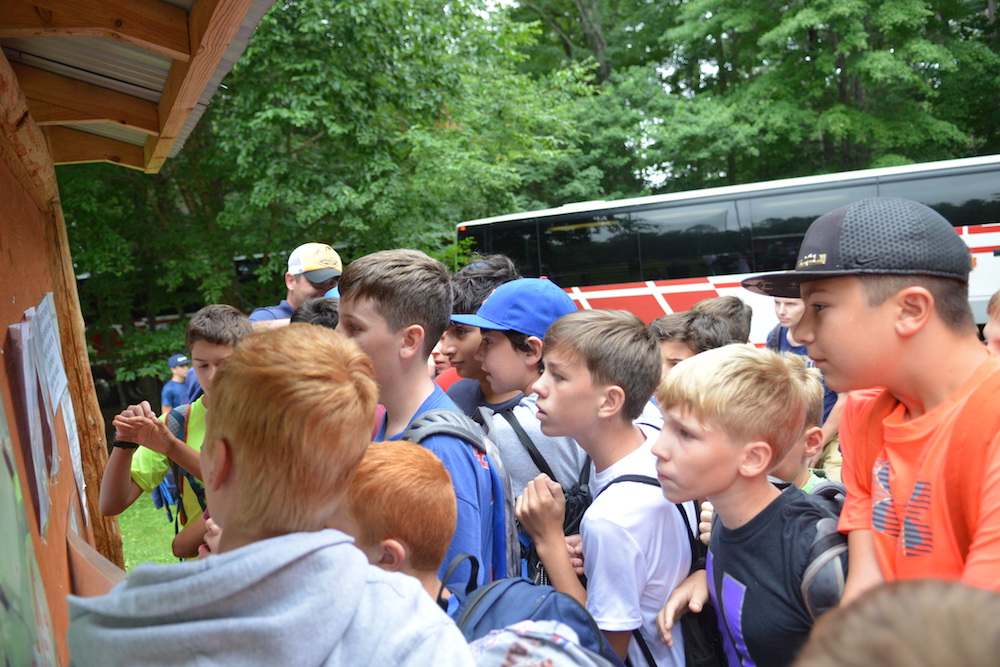 Breakfast this morning was french toast with homemade bread, and lunch was buffalo chicken wraps. Campers who were here and also arrived by car were put into temporary activity groups and did activities this morning and this afternoon like sprout ball, archery, and tennis. 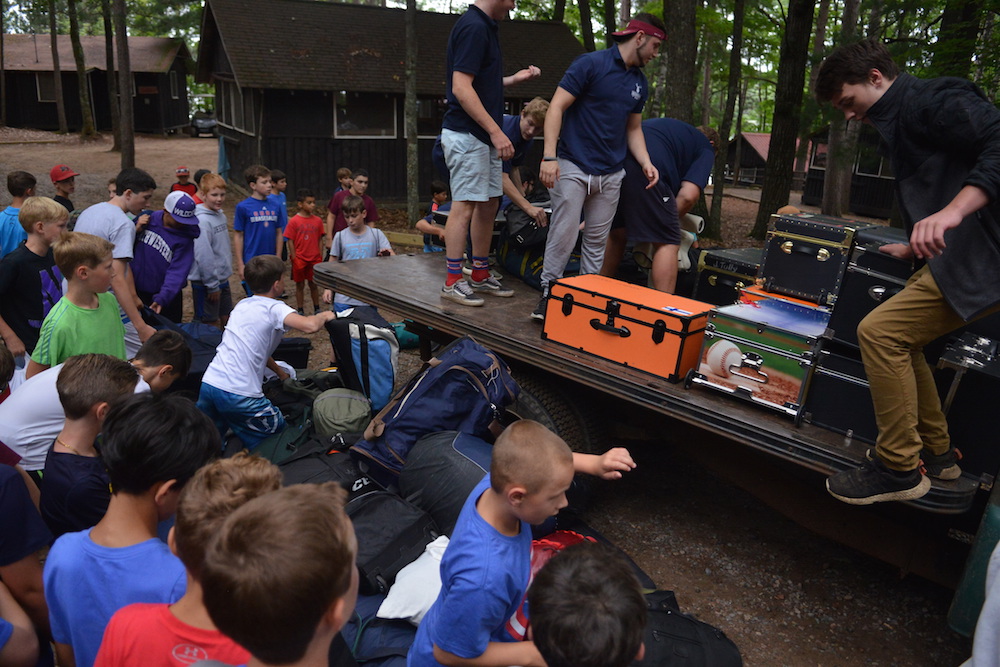 After the buses arrived, we all helped move baggage into koogees and kids settled in and made their beds. The first order of business after that was swim tests. The weather was definitely cooler today than it has been, but the water is relatively warm from all of our sunshine and it’s supposed to warm up in the coming days. After swim tests were done, we had a meeting to introduce the staff. After dinner tonight will be a game of all-camp Capture the Flag! We are excited for D session, but not as excited as all of these kids are! Photos from today will be uploaded tonight to our Shutterfly site, but until then you can find some of them on our Facebook page. (Even if you aren’t on FB.) 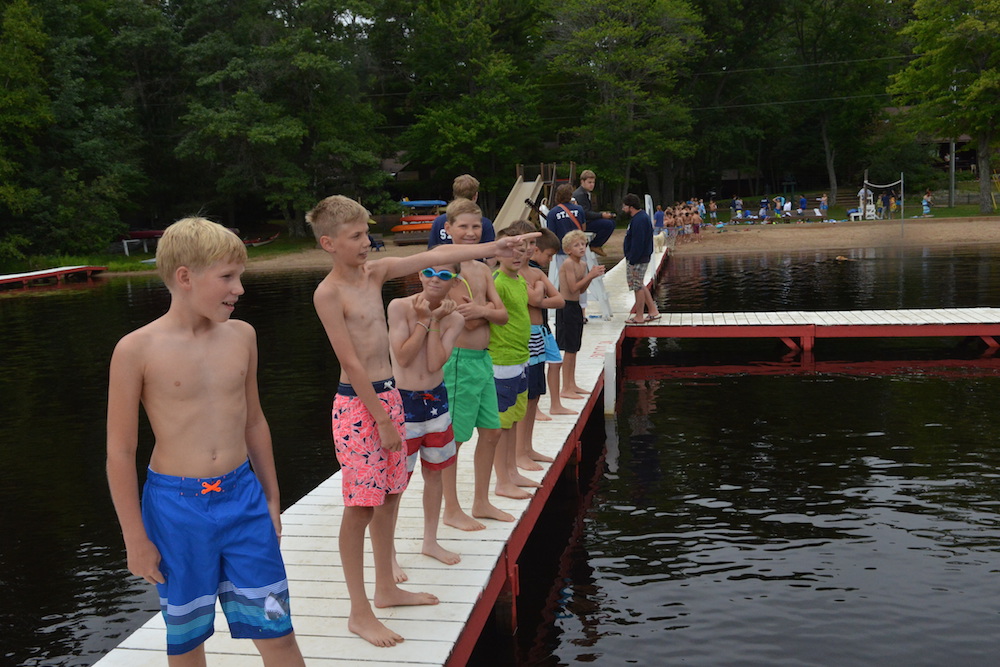