We always say that friendships made at Deerhorn are friendships for a lifetime. And that distance and time doesn’t matter, when those friends reunite. And we’ve all had those experiences with, “It’s such a small world!” This is one of those incredible Deerhorn stories, shared with us recently by Alvaro Garcia, a long time Deerhorn camper and counselor. So awesome.

There’s something crazy that happened yesterday that I believe is worth telling you. Because my girlfriend has heard me talk endlessly about a magical place in the Northwoods, but she just got a little taste of why it’s such a special place.

Yesterday was our 2 year anniversary, and to celebrate we decided to go to our favorite bar here in Mexico, it’s called Doña Chela.  Our very first date was there, so needless to say it’s a special place for us.

We were sitting at a table talking about the amazing 2 years we’ve had together when the waiter comes up to me, hands us two shots and a note written on a napkin. 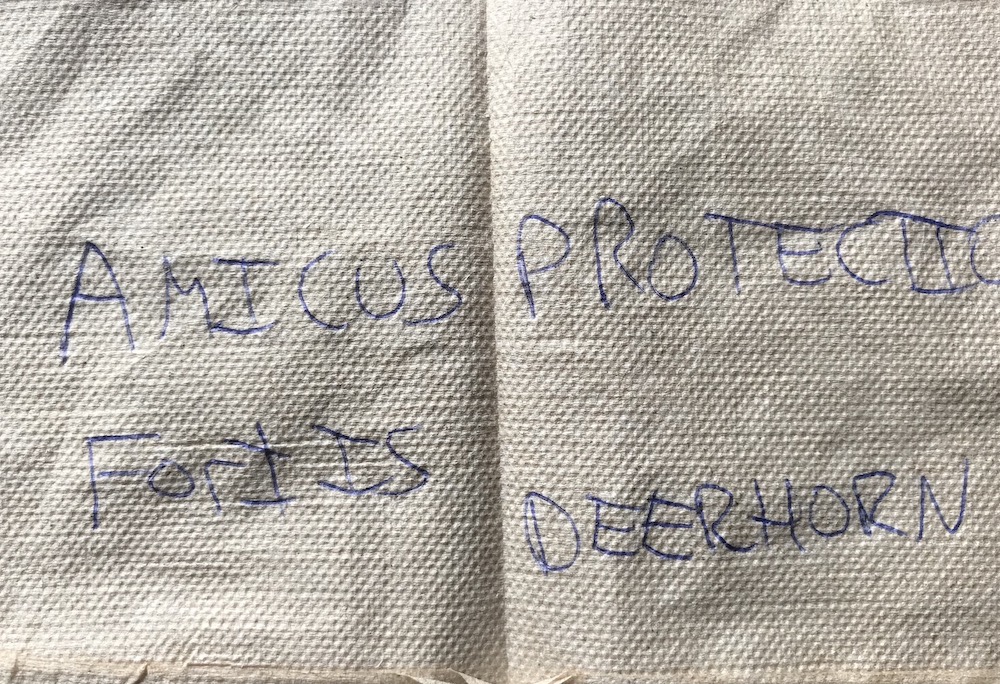 He said the drinks were on the house, and that the note is from a friend from a long time ago. So now I’m incredibly confused, because there aren’t many Deerhorn people in Mexico, and I had no clue who had sent it. The note roughly translates to something about Deerhorn friends protecting each other, so I call the bartender and ask him to send a shot back to whoever it was and also to send them a note. 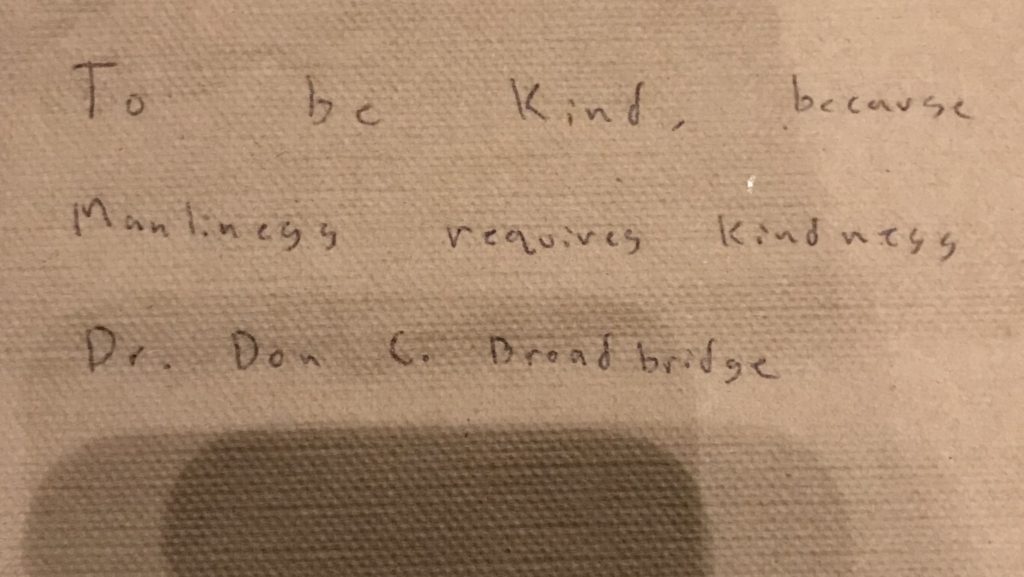 At that moment I start talking to Bego about the Creed, and how Deerhorn friendships are incredibly close, all this while constantly scanning the place trying to find who this mysterious person was. I sent a picture to the staff Snapchat group asking if anyone knew who it was.  People were very entertained with the story, but nobody had any idea who it could be.

Suddenly, the person who sent the note shows up. His name is Lauro. I had no clue who he was, but it turned out we were campers together when I was 8, and he just never forgot. We spent some time talking about camp and the impact it had on both of us. And now, not only does it turn out that my favorite bar in Mexico is owned by a former Deerhorn camper, but I can call him a friend.