All Sunday events are fun and exciting and a big deal. But The Chariots of Fire is one of the big ones. It’s a really fun team event created by counselors years ago. It involves small groups of teammates running all over camp to complete tasks. Some of the tasks are small, like dancing or Deerhorn trivia, or hula hooping. But some of those tasks include defeating the gods of each activity, like tennis or basketball or archery. For each god the team defeats, the team gets a piece of their chariot, which they bring to the soccer field. Once all of the pieces are brought to the soccer field, and all small groups are finished, then the Leader can begin building their chariot. Once completed, the chariot is pulled across the soccer field to victory. It was a close race at the end, with several teams building chariots at the same time. In the end, it was the Chippewa who emerged victorious, followed by the Apache in second, Iroquois in third, and Navajo in fourth. The event ends with all teams running down to the beach, doing a machine gun run, and finishing up with an all-camp Deerhorn Hall. With sunny blue skies, it was perfect weather for an exciting afternoon of team competition. There are a lot of photos from today’s event, which will take awhile to upload, so most will be shared tomorrow! You can see photos and videos on our FB page, and Instagram posts and stories. Here’s just a small glimpse into the excitement of the afternoon! 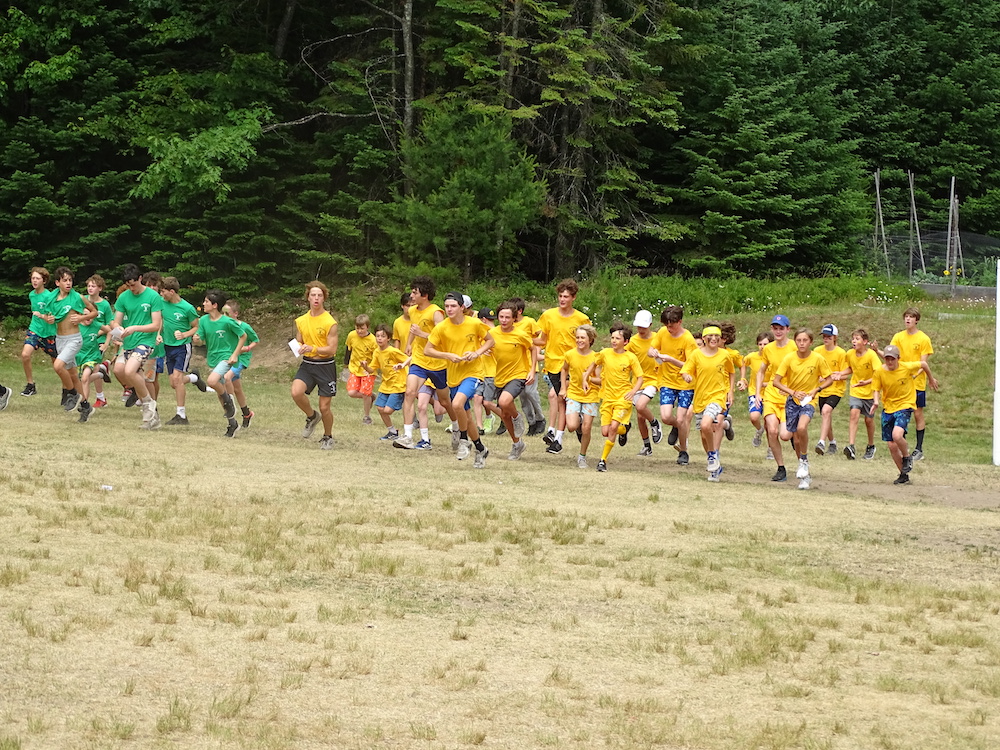 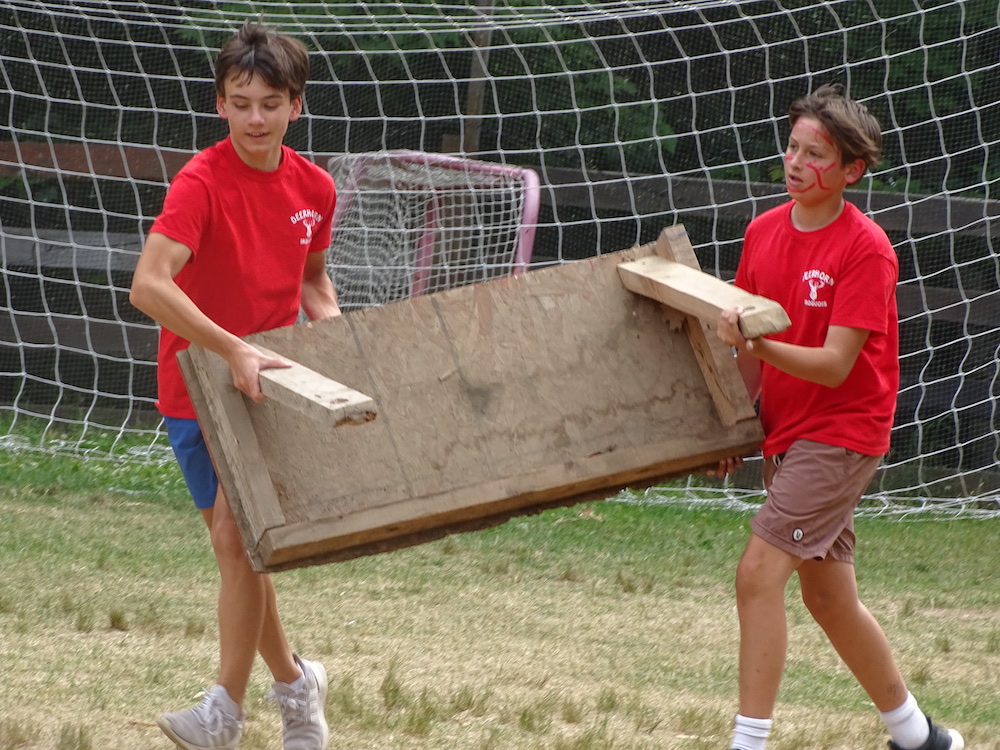 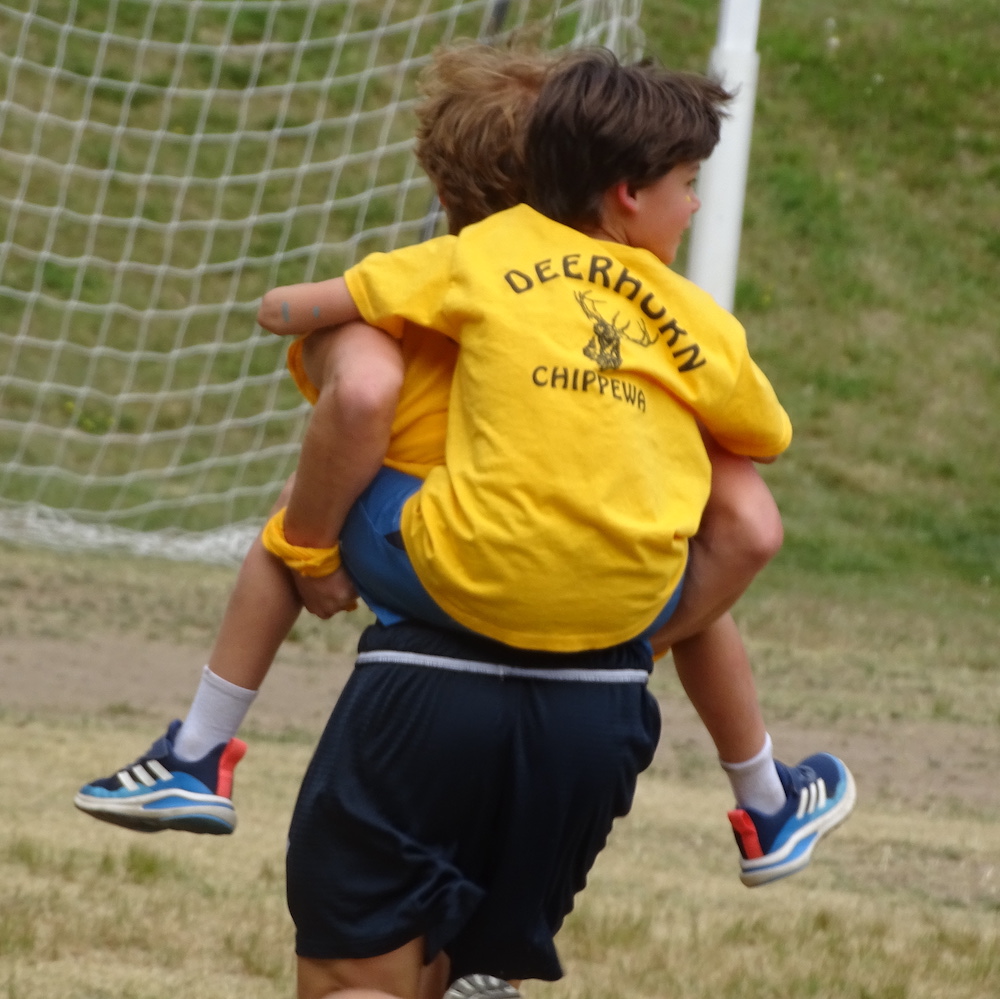 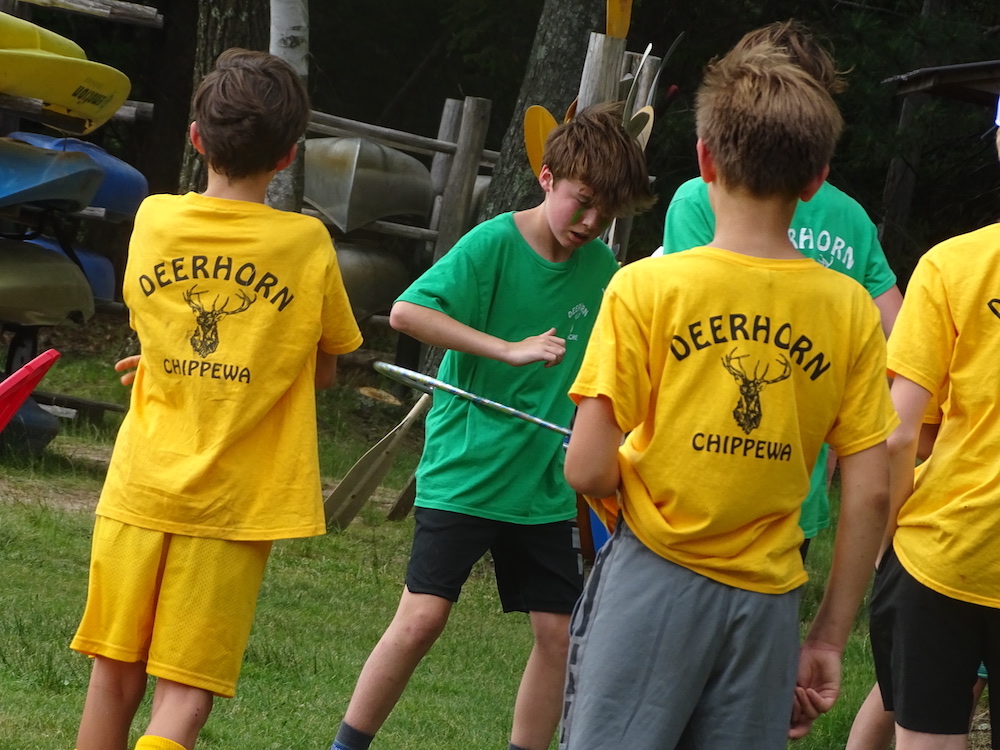 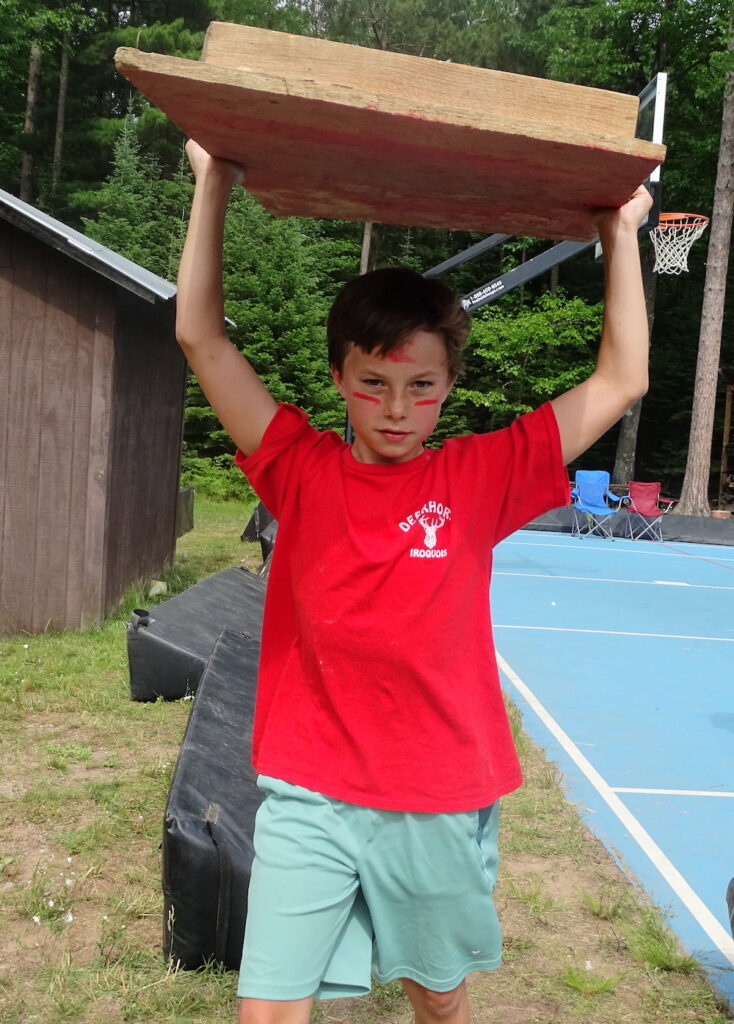 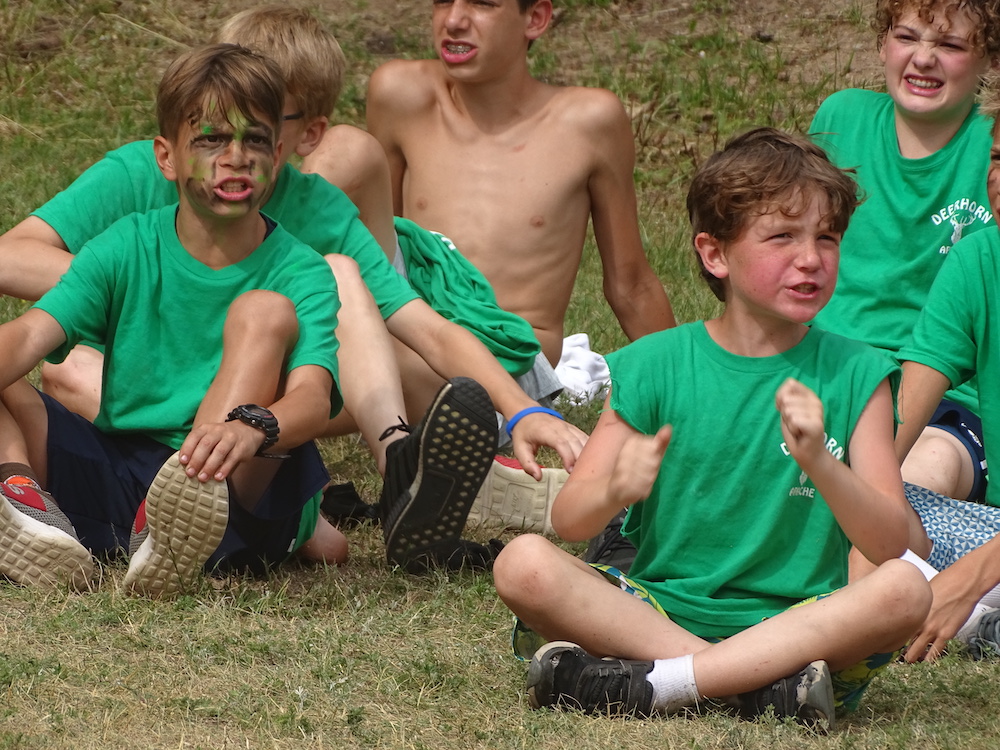 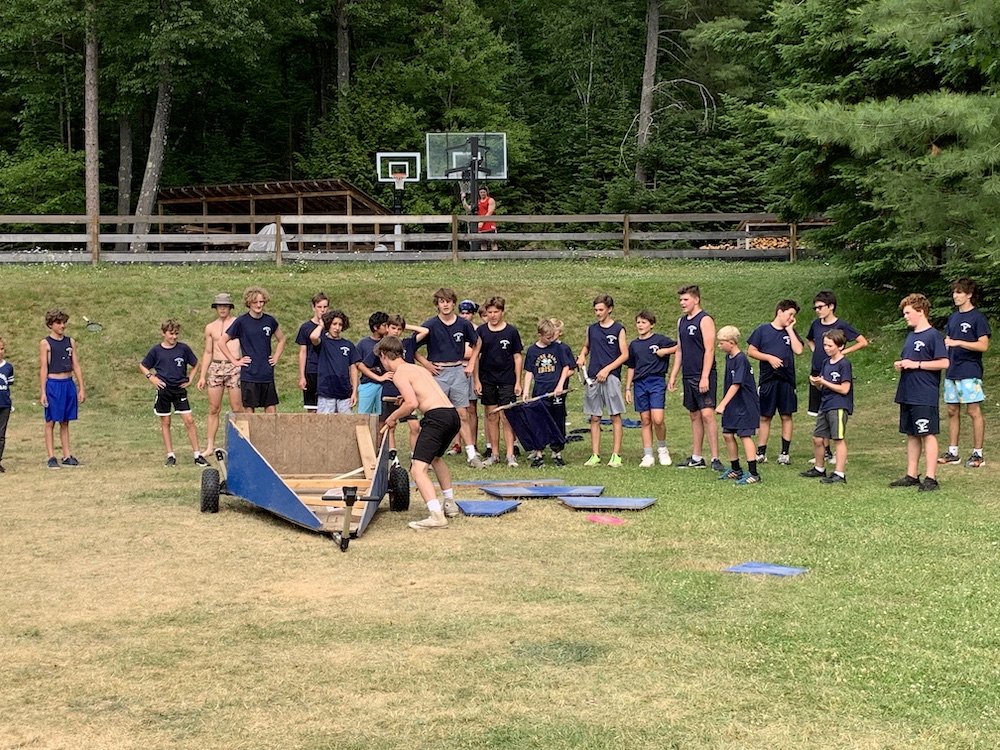