Father Son Fun in the Sun

Father Son Fun in the Sun

We really love these last two Father Son camps. Our summer is mostly over and we can truly enjoy four days spent with dads and sons, rather than ramping up for a full summer as we do in June. As per usual, it’s a great mix of new families and returning ones. Some have kids who have spent time here this summer as campers, and some of the dads were even campers themselves. It’s pure joy to watch them enjoy camp just as much as their kids! 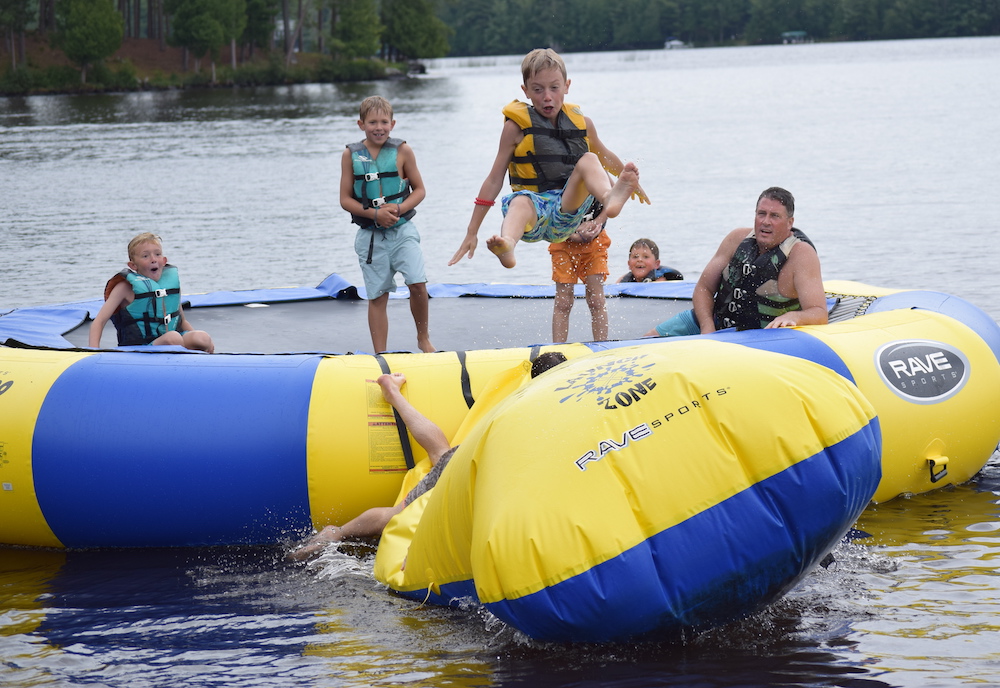 The forecast was originally calling for rain, but luckily that got pushed back to late tonight. It has been cloudy all day, but warmed up and the sun tried to peek out a few times. The waterfront was busy right after lunch, as kids and dads headed out to the Rave and took some trips down the slide. 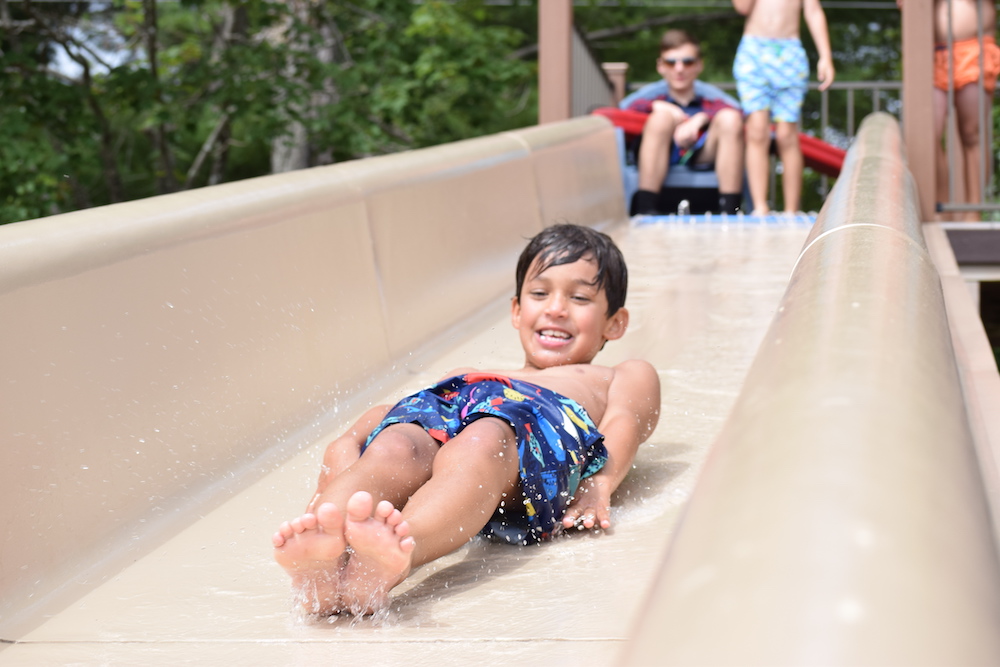 Our Father Son camps run more like a resort, where we open activities and dads and sons can choose where they spend their time. For kids who have been at camp by themselves, they are excited to not have a schedule anymore, and be able to spend as much time as they want to at each activity. 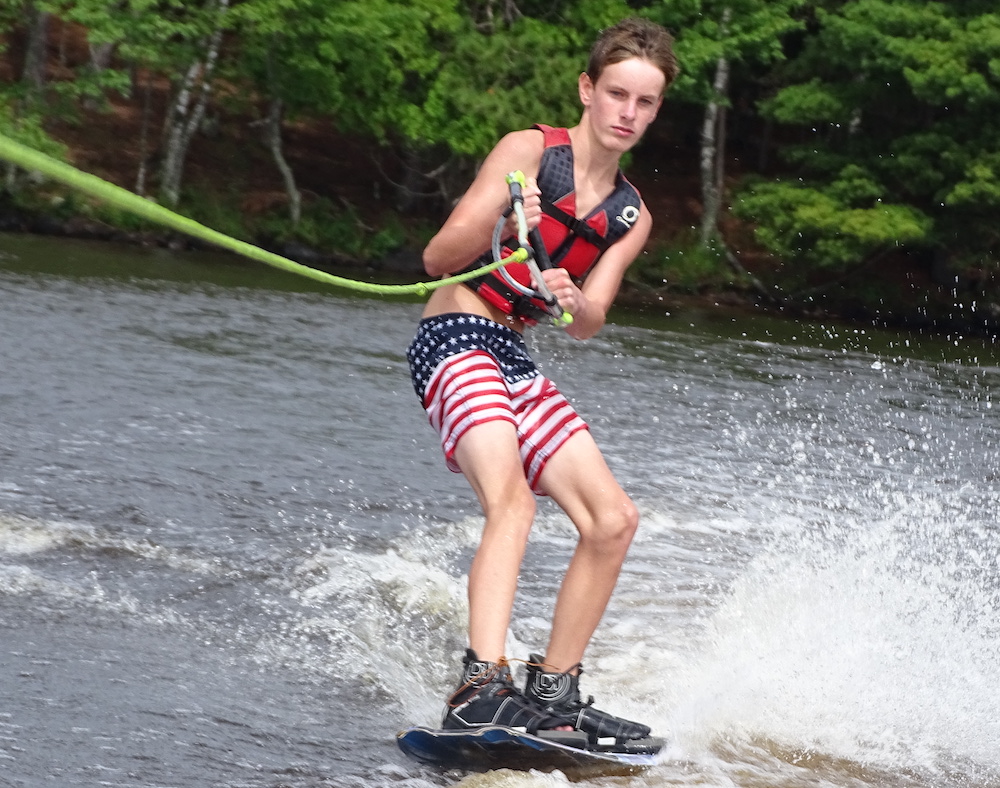 After dinner, we will have some organized team sports for dads and sons, like volleyball, basketball, and kickball. We’ll end this amazing first day with our nightly Deerhorn campfire. Some photos from today are already posted on our Facebook page. All photos will be posted later tonight on our Shutterfly site, as soon as our slow internet decides to finish! 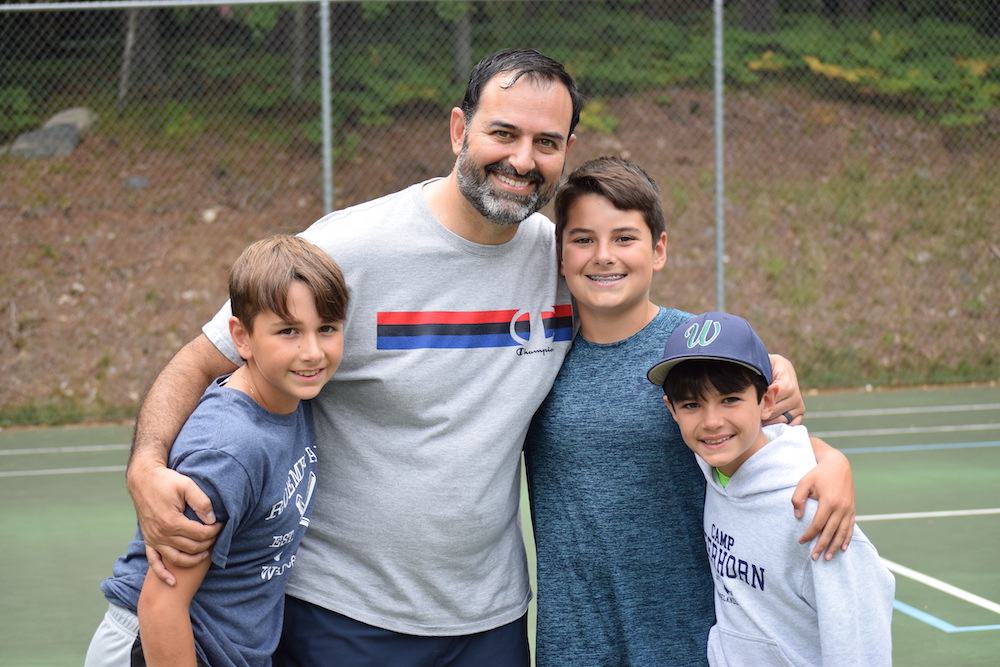