The Force of a River

The Force of a River

There is a book called Everest to Enlightenment, written by Alan Hobsen. In it, he details how he took the failure of two previous expeditions to Mount Everest and turned them into a resounding personal triumph. In one section, he says,

“If we flow with the events in life, rather than fight them, we take on the force of a river. And that, I think, is critical. When we resist, we expend vast amounts of energy unnecessarily. We have to accept life as it is, with all its frustrations, with all its fears, that is how life is.”

This quote has really hit home for me this year, as I have come to realize that the unexpected in life IS life itself. It follows another one of my favorite quotes, “Life is what happens when you’re planning something else.” I am a planner. I rely on my google calendar, I plan trips and buy tickets to shows months ahead of time, and I love the anticipation of fun things ahead. I like knowing what’s coming.

And then life happens. Plans for the week changed around because of the sudden death of a friend. Snowfall that cancels that fun trip planned for the weekend. A long-awaited trip to Chicago to see Wicked botched because of a sick kid an hour into the drive. Life turned upside down because of a car accident. And days upon days of missed school and activities because of winter sicknesses that just won’t quit.

It is endlessly frustrating. Endlessly. So frustrating that I run out of words to describe how frustrated I am. But lately that quote has rung true for me as never before. I have to stop fighting. The times when things happen as planned and everything goes smoothly are the exceptions to the rule, not the rule itself. Life is chaotic and messy and unexpected. I have tried, instead of fighting, to be grateful instead for those days when things do go right, and for when the unexpected is way better than I could have imagined.

And I know that my challenges pale in comparison to those spending their lives taking care of a sick child in the hospital, or those losing a parent or a child, or those fighting to feed their children on a daily basis. Those thoughts give me perspective and endless gratitude.

But it doesn’t change the fact that life is often frustrating. And one my challenges as a parent is helping our kids learn how to navigate those frustrations. We talk a lot about the Serenity Prayer, “Grant me the serenity to accept those things I cannot change, the courage to change those I can, and the wisdom to know the difference.” Ahhh, the wisdom to know the difference, that is where we struggle the most. Can you change it? If the answer is no, then how can we deal with it? We can waste a lot of time wishing things were different, but that doesn’t change reality.

Resilience is one of the most important skills we can teach our kids, and examples of it can be found daily at camp. Trying again to get up on skis when you fall over and over. Getting back in the sailboat when you’re scared it’s going to tip again. Pushing through homesickness instead of letting it ruin your 2 weeks at camp. Resilience is often talked about as getting back up when we fall, the ability to keep going when things get hard. But it also involves how we cope with frustration and the unexpected. Do we get angry or give up when life doesn’t go as we planned? Or do we accept it, change course, and take on the force of a river? 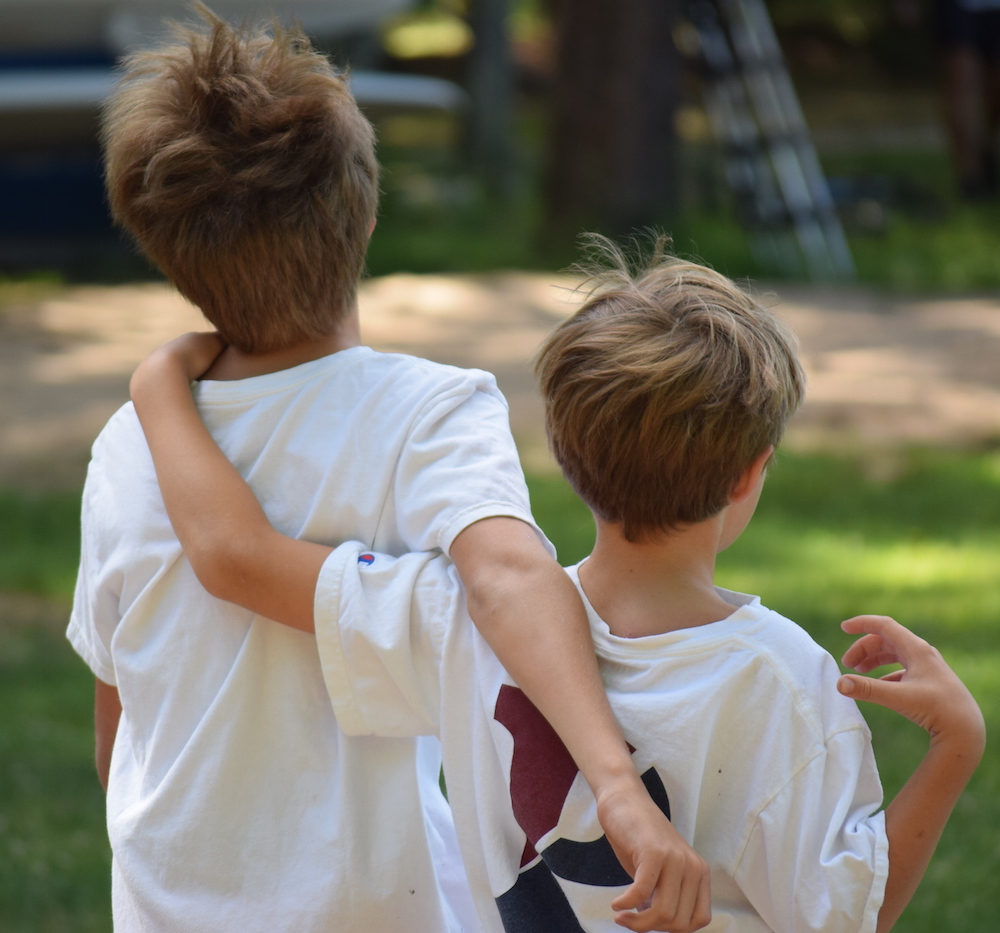